Posted on March 5, 2015 by Catherine Philpott

St Mary’s School, Newport – Thursday 13th February 2015
For the second time All Things Georgian came to St Mary’s school, Newport. There was an end of project performance in front of an audience of members of the Newport Kutaisi Twinning Association. Year 4 told the story of how Kutaisi, a city situated in the independent state of Georgia in Eastern Europe, found itself twinned, over 25 years ago, with the City of Newport.

The children described Georgia, where it was on the map, the life and customs of the people that live there and the fabulous legendary tales that are part of Georgia’s rich literary culture.

Kutaisi, an ancient city, famous as a seat of learning, was the focal point of the children’s

study. An ancient Georgian tale of knights and fabled animals was recited with all the actions.  The presentation ended dramatically with music and dance. The boys leapt and twirled, the girls gliding across the floor emulating the country’s traditional dance. By the end of the project every one has learnt ‘Gamajoba’ and ‘Didimadloba’!! 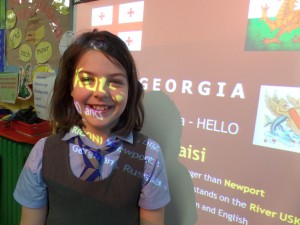 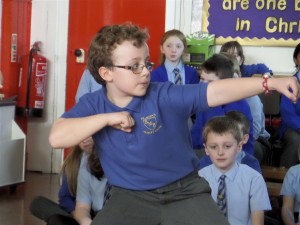 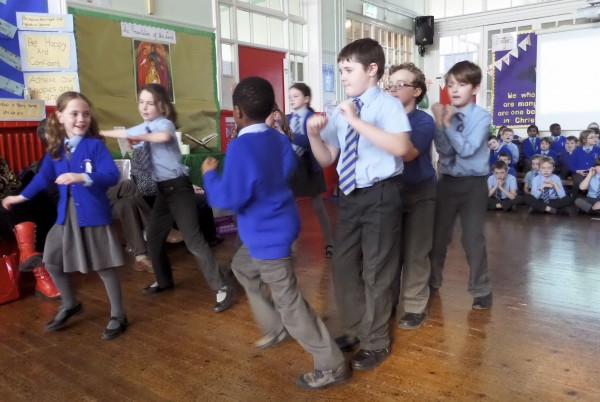 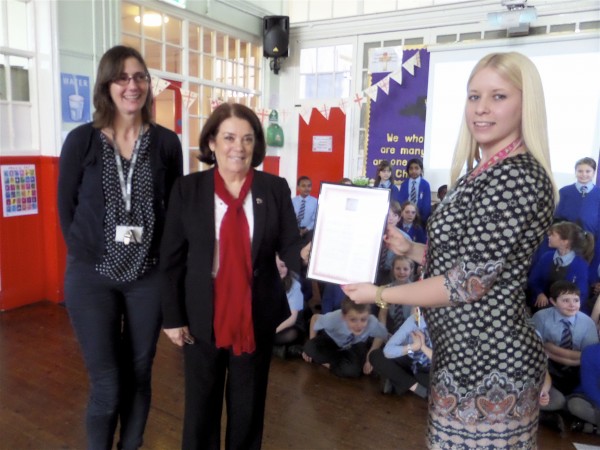 A presentation of a commemorative certificate by Chair Sonia Fisher to staff Emma Wilkinson (R) and Suzanne Koetser (L). 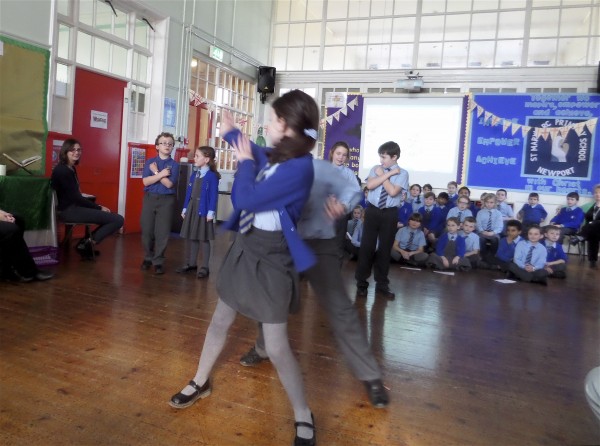