Our chair Caroline spoke at our recent October NKTA meeting about her recent visit to Kutaisi and Georgia.

Caroline recently spent a few days in Tbilisi where she attended the `Start of the Season`, an event organised jointly by the British Council and the British Embassy. While there she met Madeleine Moon, MP, the Chair of the NATO Parliamentary Assembly in Georgia. 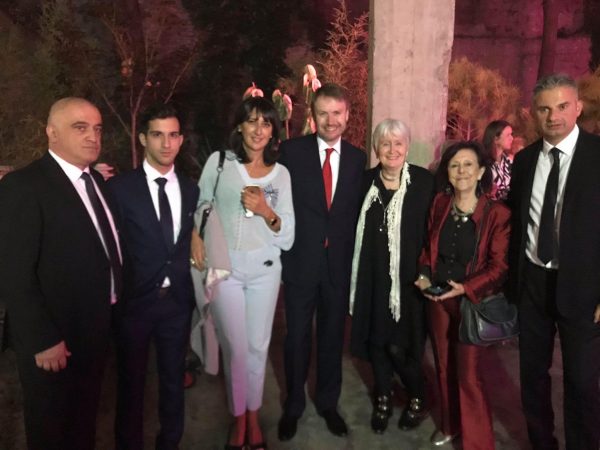 They held interesting discussions and this connection will continue.  She also met Timuraz Murghulia, one of the first group of children to visit Newport in 1991, and he talked about how the visit has influenced his life.

While in Kutaisi, she participated in a full programme organised by David Megrelishvili, the recently appointed Chair of KNIA (Kutaisi Newport International Association) and this provided opportunities to consider future collaborative projects and revisit continuing initiatives.

Caroline had also visited the Mushroom Art House in the village of Kursebi, not far from Kutaisi, where earlier this year Newport student Oktawia Van Tienderen spent a month with her host Mariam Zhorzhikashvili supporting the development of conversational English with children and adults. 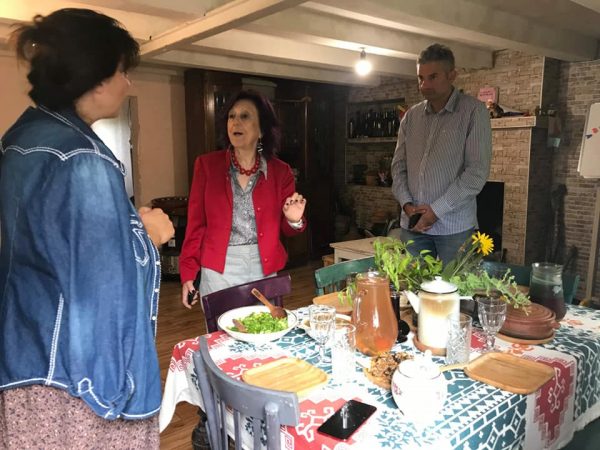 The local people forage, prepare, cook and store a special type of mushroom that grows in the area and which is of particular interest to mushroom aficionados worldwide, an important part of the community’s plans to develop rural tourism.

Caroline also went to The Bridge for Social Inclusion, the Kutaisi centre for children with learning difficulties that has been supported financially by the fund-raising activities of the staff and students of the School of Care, Coleg Gwent, Newport, led by NKTA members Alice Butler-Bright and Clare Munro. Caroline reported that the renovation work being undertaken as a result of the funding has considerably enhanced the provision The Bridge is now able to offer and has enabled some very valuable initiatives to take place i.e. early yeas assessment, innovative practices for children on the autistic spectrum and home visits to support parents with children with a range of disabilities.  Caroline noted she was privileged to accompany an early year’s specialist on one of her home visits, where she modelled a range of play behaviour for the parents to use with their young son.

She spent a day in the English Philology Department at ATSU, a Department she has been visiting for the past 29 years and which has been central to the development of the Twinning. It was the first day of the Autumn term and as a result she was unable to meet the students but she held an interesting and informative meeting with the Rector. 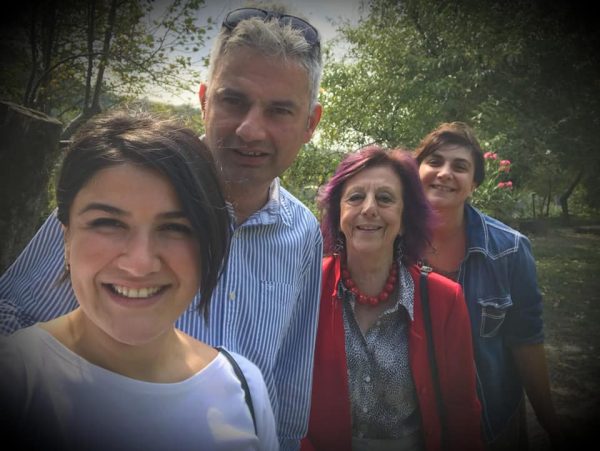 Caroline ended her report by saying that she enjoyed many social gatherings with old friends and KNIA members, eating delicious Georgian food, drinking Georgian wine and enjoying Georgian hospitality generally. She noticed how many good restaurants there are in Kutaisi now which are catering for a greatly increased number of international visitors.  As a result, she thinks the NKTA could explore the possibility of supporting tourism in Kutaisi by encouraging work visits by young volunteers from Newport.   She added that there are plans to link The Bridge centre with a special educational needs school in Newport.