On Wednesday 6th April at the YMCA, Newport’s Mayor, Cllr. Herbie Thomas and Mayoress, Jacqueline Mitchell together with members and guests of NKTA heard a fascinating talk given by Derek Pickup, Chair of Bristol Tbilisi Association.

He first explained how in 1947 Bristol had first twinned with Hanover and Bordeaux with successful links being established. Following the Cold War, Bristol was keen to twin with the Soviet Union and then in 1988 twinned with Tbilisi.

At first it had been difficult to travel to and from Georgia and then civil war followed the referendum in 1991 where the overwhelming majority had been in favour of independence from the Soviet Union. 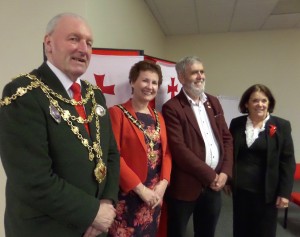 He spoke of how his involvement began when he was an officer in Bristol City Council. A letter was received from the Environment Department in Tbilisi City Council asking for help. As a result, Derek went to London to see the Georgian Ambassador and successfully applied to the Know-How Fund for money for two 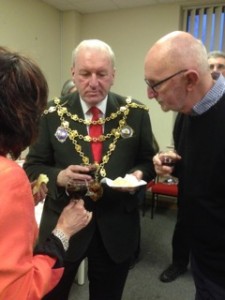 projects. As one was for a civic delegation exchange Derek went first to check the arrangements. He stayed for a week and referred to the many banquets, which took place and the traditional toasts, which they included.

Bristol carried out environmental projects in Tbilisi. At all times the Georgians were very friendly and hospitable, with invitations into their homes. Eventually he went there on holiday with his wife. Personal friendships were forged, to the extent that he would be met by these friends on arrival at Tbilisi Airport.

Later, among other activities, the Bristol Tbilisi Association took aid into Georgia at the time of the Russian invasion and then Derek took the first group of businessmen to Tbilisi. Often such a visit would be filmed by Georgian TV for the whole stay. Finally he personally was honoured to be given the title of ‘First Guardian of the City of Tbilisi’.

He commented on the difference in the city since 1988, when it was firmly set in the Soviet era, and the present. Now Tbilisi feels like a developed West European city. 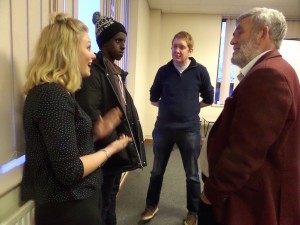 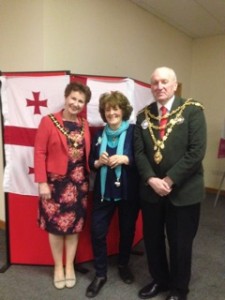 2018 will be the 30th anniversary of the twinning and this is to be marked by a group visit to Tbilisi.

Derek was thanked most warmly for his talk. References to the friendliness and hospitality of the Georgians certainly echoed experiences of NKTA members who have visited Georgia. 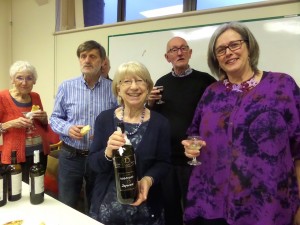 Members and guests including R to L Esther Keller, Secretary of the BTA; Derek Butler; Sylvia and Colin Mason.

In thanking Derek, Sonia Fisher expressed her hope for more links to be established between the two twinning associations. 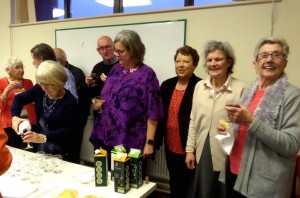